The Year of Return – The Republic Bank Story 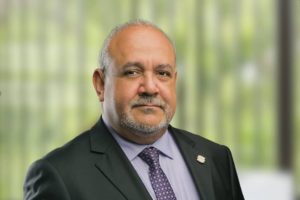 Long, long ago, about 3.1 million Africans were shipped across the Atlantic Ocean in the Transatlantic Slave Trade. Africans were forcibly taken to British owned colonies in the Caribbean and sold as slaves to work on plantations.  Slaves from Africa were mainly from Nigeria, Angola, Congo, Kenya and the Gold Coast

By the end of the 18th century, African slave labour had become the basis of the socio-economic structure of these islands. The British slave trade officially ended in 1807, making the buying and selling of slaves from Africa illegal. On 1st August 1834, Emancipation finally came.

Following Emancipation, there was a need for the creation of some type of banking institution in the British Caribbean. The Colonial Bank was incorporated in 1837. In 1916, the Colonial Bank expanded into West Africa via Ghana.

Barclays Bank purchased shares in Colonial Bank in 1917 and in 1924, Barclays merged three of its banks to form its international arm called Barclays Bank DCO.

In 1970, during the Black Power demonstration, one of the main demands of activists was an increase in local ownership of banks and institutions in Trinidad and Tobago. In 1972, Barclays was localized and the name changed to Barclays Bank of Trinidad and Tobago Limited.

In 1981, the Bank became majority locally owned and by special resolution, the name changed its name to Republic Bank Limited.

The Bank survived many adversities and grew to become one of the super powers in banking in the Caribbean. Republic Bank has over the years in operation;

In all, Republic Bank has 18 subsidiaries spread across eight different countries.

After 175 years of nurturing and building an international brand, Republic Bank, in 2012, entered the Ghanaian market by forming a relationship with HFC Bank. In 2015, Republic Bank acquired majority interest and rebranded from HFC Bank to Republic Bank (Ghana) Limited in 2018.

Republic Bank entering Africa symbolizes the labor of our forefathers – who were shipped to the Caribbean in slavery – bearing fruit and returning home to us in Africa.

In 2015 the Group was restructured with the formation of Republic Financial Holdings Limited which is now the parent of Republic Bank Ghana.

The management and staff of Republic Bank Ghana are more than determined to uphold this legacy by our forefathers.

If you believe in this cause, why don’t you join hands as brothers & sisters, partners in Business so together, we make this happen.

Republic Bank, we’re the one for you.